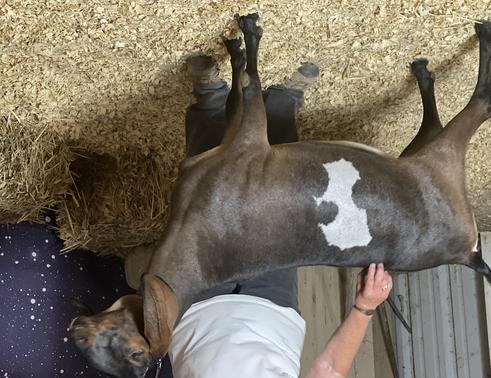 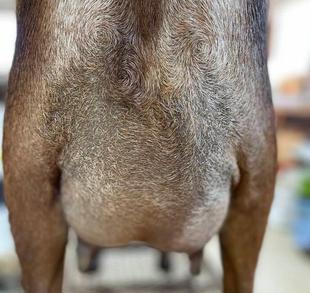 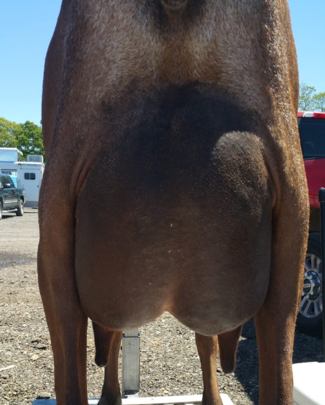 Got Milk's first freshening udder in several successive pictures that show development.  Her udder is extremely high and has a very wide area of attachment that extends almost 2/3's of the depth of her udder.  She also has ideal teat size and placement.  We are very excited about her udder promise in future lactations.  Got Milk will once again be bred to Chigger-Hill Twilight Zone for 2023 kids. 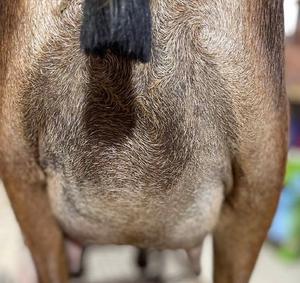 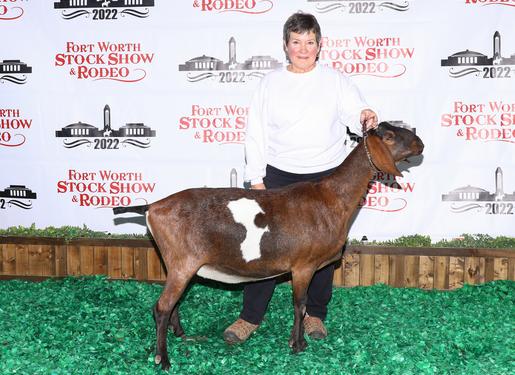 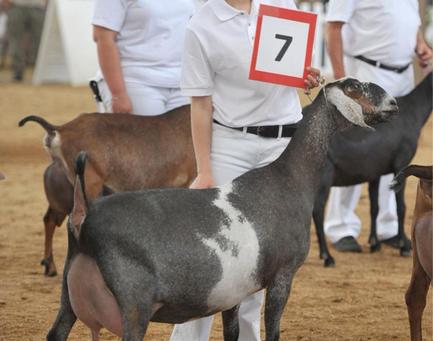 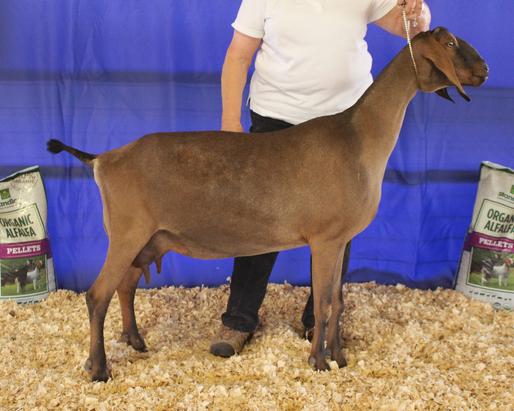 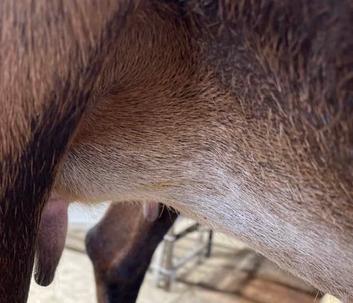 This powerful doeling combines our Chigger-Hill genetics influenced by Kastdemur and Lakeshore ancestors with a paternal cross featuring  Wingwood and Saada bloodlines.  Got Milk's dam is pictured below, Chigger-Hill REDZ Harper.  Harper is the last daughter out of our amazing Chigger-Hill Chloe.  Like her dam Harper has an excellent udder (both Harper and her udder are pictured below.  We have high hopes for this Got Milk? as a first-freshening doe!  She is bred to Chigger-Hill Twilight Zone.  She was 2nd Place behind her half-sister Chigger-Hill Golden Wings at 2022 FWSSR.  Golden WIngs went on to win Grand Champion Jr. Nubian Doeling.  Got Milk also captured Reserve Champion Jr. Nubian Doeling at the Hamilton, TX show.