Brandywine easily finished her championship in 2015 by beating herdmate Chigger-Hill Bella Rosa at the RRDGA show.  The judge credited her with a beautiful, capacious udder that was "absolutely welded on!"  As a granddaughter of Chloe, it is no surprise that her udder is outstanding.  It is pictured below as a first-freshening 2 yr. old and it has just gotten lovelier each year.  Had we not sold Brandywine's and Golden Girl's dam Penelope we might have been looking at Brandywine as a 6th generation permanent champion.

We were so excited about viewing the genetic contribution of Perfect Aim, we had to make the difficult decision to sell Penelope in order to be able to keep her daughters.  Brandywine has never shown at nationals as a milker, her sister Golden Girl was 14th Place 3 yr. old milker at 2014 ADGA National Show.

​Does this udder go on forever?  We are very proud of the productive longevity of our does and their excellent udder attachments.  I recently took pics of Brandywine's udder and sister Golden Girl's udder  (see Golden Girl's page to see her udder shots) at a local show.  Compare these udder shots taken more than 5 years apart, I can't say enough good things about the staying power of these girls.

UPDATE:  Brandywine still looks so exceptional at almost 9 years of age, still has a great topline and shoulders and her feet and pasterns are literally better than most 3 yr. old does.  If she freshens well she may make the trip to Nebraska for 2020 National Show as a 9 yr. old aged doe.  She is bred to Chigger-Hill Red Zone for line bred kids on SGCH Chigger-Hill Khloe.  Due in early April.​ 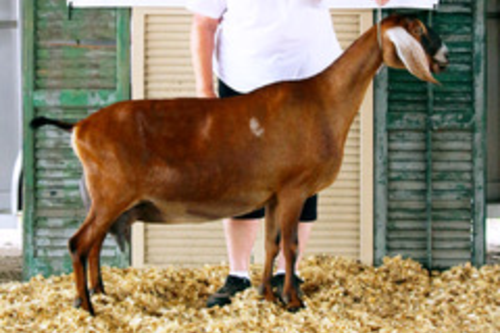 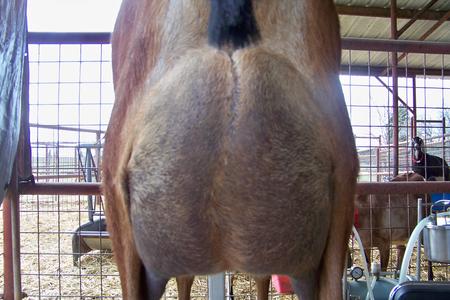 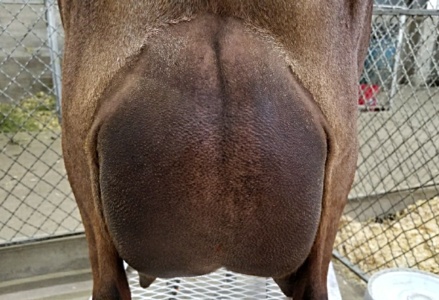